We decided on Design 1 to be our final design (mobile app) because it is a portable and accessible platform; a website would likely be secondary, and a smartwatch is not available to most people. Furthermore, there was a heavy emphasis on non-intrusive design based on the contextual inquiries, and we can make adjustments to the mobile platform to ensure that users have control over their notifications and privacy. We will be pursuing two central tasks, which are those of asking questions and receiving answers. These are the core of our design and can encompass sharing information in general, including educational information, personal creations, etc.

Fred is a college student who goes on hikes at least once a week. He started hiking a year ago, and is not too familiar with the wildlife of the forest he usually hikes in. On one of his walks, he sees an animal that he doesn’t recognize. He is not an expert at animal identification and does not own a guidebook on identifying local wildlife, but he wants to know what he is looking at. He pulls out his phone and takes a picture of the animal. He then opens the Pin app and makes a new Pin by touching a button. He types his question: “What is this animal?” and attaches the photo he just took to the Pin by touching another button. He puts his phone away and continues walking. Later that day, Fred checks his phone and sees a notification indicating that someone has responded to his Pin. He checks his Pin using the Pin app and reads the response: “That’s a zebu.” Fred now knows what kind of animal he saw earlier that day. 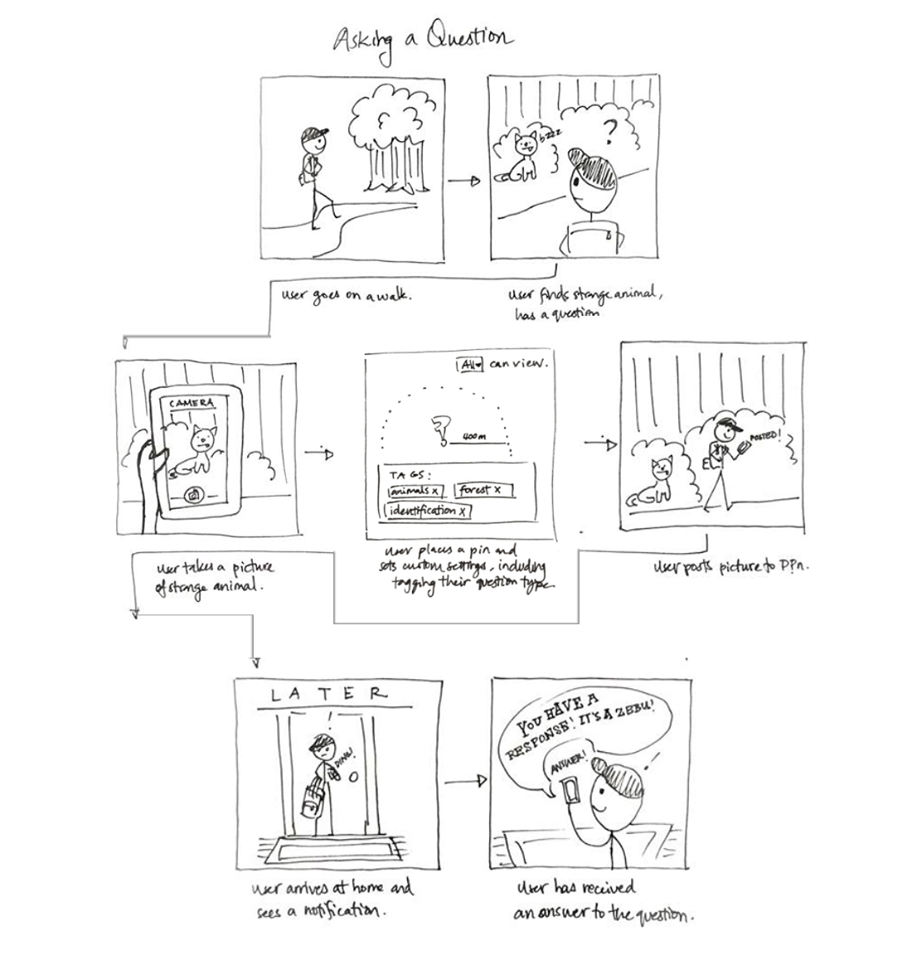 Jodie is a high school biology teacher and studies local wildlife in her free time. She is an expert at identifying the wildlife in her area and wants to inspire others to be as excited about wildlife as she is. She frequently uses local wildlife examples in her biology class. While she is at home, Jodie checks her phone and sees a notification from the Pin app indicating that a new wildlife identification Pin was recently posted in her area. She had previously adjusted her settings so that she would get these notifications, since she enjoys helping others identify wildlife. She opens the Pin app and sees the new Pin that was posted. It is an animal identification question, and a photo of the animal is attached. Jodie taps on the Pin and types up a reply: “That’s a zebu! You can tell from the shape of its ears.” The message is added to the Pin, and Jodie puts her phone away. 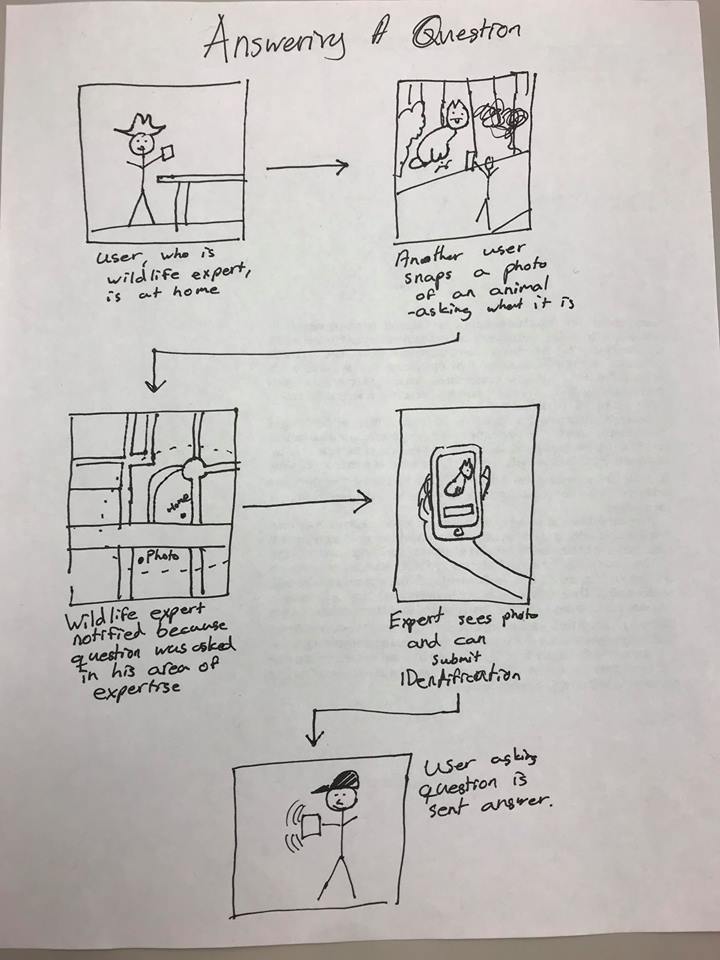